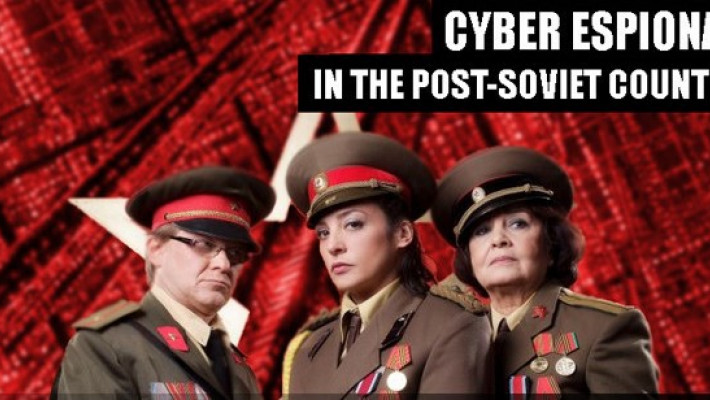 Cyber crime including cyber espionage is on the raise in the post-soviet countries as a result of the increased computerization rate both in public and private sector. The whole society, including state agencies and private companies, tends to be moving toward new technologies without clear knowledge of all the risks involved.

Nowadays corporate espionage is at the highest level of its development. Globally this is a result of the fact that it is very effective, widely available, cheap or even free. The local situation is even more critical, which is due to a lack of sector regulations, the insufficient readiness of relevant organizations to react to certain cases, and lots of insider cases. Also worth to mention, that in the post-soviet countries there are countries, which have better indicators in security as well. So, when describing post-soviet cyber space we do have exceptions. Baltic countries are significantly in better position. Such as Estonia, Lithuania and Latvia.

The key player in this domain is Russia with its ambitions to rebuild the USSR and aggressive foreign policy. We have encountered massive state sponsored cyber activities against Estonia in 2007, cyber war against Georgia in 2008 and now we all see what goes on ground of Ukraine. Of course these actions are not spontaneous by its nature. With all these activities Russian intelligence services are conducting intense cyber intelligence simultaneously. The great example was exposing Russian cyber intelligence product: GEORBOT which penetrated most of the government networks and was stealing information with pre-defined keywords related to Russian government or national security.

There is no mechanisms except local certs in few countries that protects any kind of company. Even though because of lack in human resources, these certs do not have enough capabilities to respond all the threats. As well as technical resources companies should use administrative mechanisms in terms of the optimization of their management as well as training for their staff. Training starting with basic safety for all employees, and ending with people who have special access and privileges, are essential for each company. Cyber espionage has no borders and therefore the range of dangers is colossal.

In terms of State Sponsored Cyber Espionage the main target categories are big databases including registries accounting for the population, strategic resources, financial institutions including budget information and treasury transactions. The methods of intelligence are different. ERP (Enterprise Resource Planning) systems are one of the main targets for corporate espionage as these systems integrate internal and external management information across an entire organization, embracing finance/accounting, manufacturing, sales and service, customer relationship management etc.

It is clear that weakest point in terms of national security in post-soviet countries is cyber space. That is why Russian government aims to that point, combining old fashion intelligence with new tools and giving it a technological charm.

It is vital for these countries to timely become a part of NATO. Russo-Georgian war in 2008 and current Ukrainian crisis proves that again. But cyber security itself is essential for integrating with NATO. Cyber security issues are classed on a military level. Georgia and Ukraine are aspiring to join the NATO and one of its basic requirement is the adequate protection of information. Therefore informational infrastructure should be organized as it is necessary for NATO countries. So how security issues will be set in Georgia and Ukraine with such vulnerabilities, is one of the factors for NATO integration.